What is a Plug-in?

A Plug-in is a small program that allows third-party software (other software developers) to work together either to integrate into e.g. Video editing software like Adobe Premiere; Canopus; Avid; Sony; Ulead or Corel.

The software should have the ability to be able to accommodate this plug-in (containers) from which they can be activated (called).
If your editing software does not have that option the third-party software can not be used.

Conversely, the installation software should look into these containers and may display a link in the menu structure of their software. Because if you do not know where you live you can not ring the doorbell.

There is also mounting software that it can accommodate and use third-party software, but installing software developer software very cheaply to compete with the market that they are not simply allow more third parties to develop a plug-in that can in their software are used, Pinnacle was a good example of this.

The purchase of the software is relatively inexpensive and usually quite little extras anything you want as additional purchases must be purchased from the software developer with a so-called safeguard key to be able to use it in their programs. So you convince before you want to buy a plug-in. Some programs are designed as plug-in but also as stand-alone right in the bin, Adorage Magic PC proDAD is a good example of this, this software works independently or as a plug-in along with other editing software.

Stand-alone
A stand-alone is a standalone program, as the name suggests, stand-alone.
Various programs of proDAD are available as plug-in and stand-alone, designated by his initials SAL.
A stand-alone program just like any other program, so does NOT have video editing software to be able to do its job.
So get ever video with your Digital Camera, Mobile Phone or a Camcorder, there are two good options to stabilize your video, Mercalli Easy or Mercalli V2 Pro.

The difference between Mercalli Easy and Mercalli V2 Pro is that Mercalli Easy is a simple fully automatic program, which itself looks at the video, it stabilizes without there also some influence on need to exercise, if necessary, you can always make changes to the stabilization process.

Mercalli V2; V3 and V4 Pro, the big brothers, has an extensive range of options that can be set and / or adjusted if necessary.

Adorage Magic PC also can de used as a plug-in and as a stand-alone version in the same time, and can be used to create transitions between two video clips to provide and video delightful Video Filters. 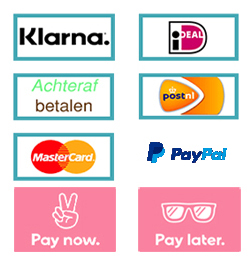